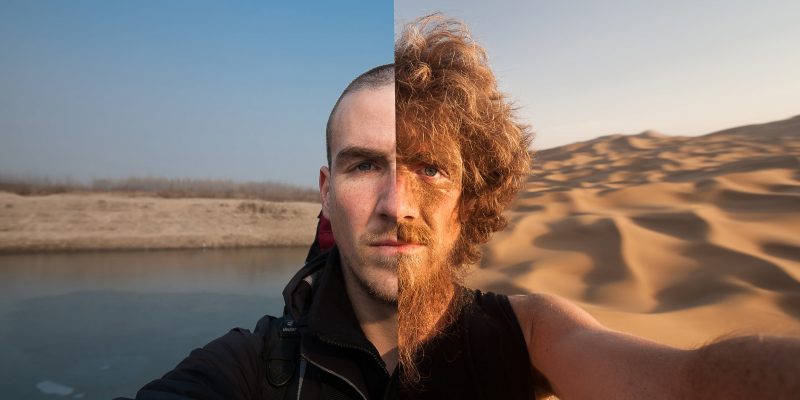 This is The Longest Way, a travel blog I kept during my attempt to walk home from Beijing to Germany. It’s a pretty comprehensive site: I chronicled what was happening on the road for a whole year from 2007 to 2008, and for two more months in 2010 and 2012 respectively. The new section of the walk that started in the summer of 2016 is also in there! In total, the site has accumulated more than 600 posts, all of which are in English, and most of which are about walking. There are maps, photos and videos to accompany the posts, and for most walking days I would pick a song that I thought was worth listening to on that day. If you read it all, you will get a pretty good impression of what it was like to walk through Northern China in the Olympic year and the years after, and through Central Asia this year.

BookSlap is a blog about travel books. I originally started it because I wanted to get educated in travel literature before writing my own (German) book The Longest Way. The concept of this blog is simple: I read something that has to do with traveling, and then I tell you what I think about it.
Why travel books though?
I think it is interesting to see how many literary works actually have some sort of journey at the core of their story. For example, there is a lot of traveling being done in the Bible (think of Moses, for example), the Homerian epics revolve around extensive travels of their heroes, and Tolkien’s “Lord Of The Rings” is a journey in itself (to a big fat volcano, for that matter). Apparently, even James Joyce made his protagonists move around a little.
Now that doesn’t mean that there can’t be a book without a journey. But since Lotman and Tomashevsky we know that any story needs some form of a transition to be complete. A journey of sorts.
This is why, after reviewing only travel literature for a while, I eventually chose to include fictious classics like Defoe’s “Robinson Crusoe” and non-fiction works like Kissinger’s “On China” on this blog as well. Because not every journey has to be physical.
And because we’re always on a journey, no matter where we go!

SlowerPulse is a blog about vodka – I try different brands and tell you what I think about them.
There’s a simple reason for this: a few years ago, when I had just picked up drinking and felt very new to it all, I was hanging out in some friends’ kitchen having a bottle of Russian Standard with them.
In walks a dude and grabs a beer from the fridge. I’m like: “Care for a glass of this fine liquid?”
He gulps it down, then looks at the bottle and says: “Bah! Why are you drinking these new brands, they disgust me! You should be having one of the classics!”
That’s when I thought to myself: does a vodka brand have to be old and established in order to be good?
I had no way of knowing if the dude was right or wrong, at least until I had tried a lot more different vodka brands. This is the reason why I started this vodka-tasting blog. And I chose to call it SlowerPulse because that’s what the consumption of alcohol will do to you: it will slower your pulse.
Cheers!

These are fourthousand one hundred and eighty nine things that are now mine somehow.
They are from my dad. I don’t remember much about him. I don’t remember us playing with dogs. I don’t remember going to the seaside or playing the harmonica.
My dad was a big, bearded man who liked to crack jokes. And most of his pictures, indeed, show him smiling. He liked the ocean and he went fishing sometimes. He enjoyed backpacking (and apparently, carrots) like I do.
There is one more thing though: he was a collector! He collected all kinds of things. Books, stamps, photographs, model trains, letters, rocks, post cards, model cars, coins, playing cards, board games and more. He would go to auctions and to the flea market, and apparently, I would go there, too.
But then came the sickness. Many years have passed since then. I have grown my own beard. And at home I have these boxes, filled with the stuff my dad left me.
I photographed and scanned everything and put it up on this site so I can look at it when I am not home. I don’t know much about the value of collectible things like stamps or model trains. If you happen to see an item that is extraordinary, let me know. :)